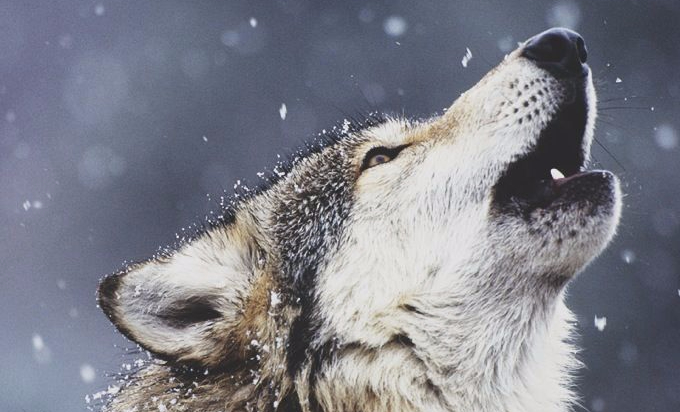 As I walked back to the house from the rookery, the unmistakable yelping chorus of geese floated to me on the damp air. I stood still and squinted into a sky of dulled metal. They were high, just below the ruffled cloud base at around three thousand feet; it took me a moment to locate them. There they were, in an uneven V-formation, shifting and flickering in a large wavering skein of tiny silhouettes, like flies on a high ceiling.

I shivered. Not a shiver of cold – I was well wrapped – but a shiver of deep, transcendental unity. No sound in the world, not even the rough old music of the rooks, etches more deeply into my soul than the near-hysterical ‘wink-winking’ of pink-footed geese all crying together high overhead. It is a sound like none other. Sad, evocative, stirring and, for me, quintessentially wild, it arouses in me a yearning that seems to tug at the leash of our long separation from the natural world.

Their arrival in early autumn sets a special seal on the turning year, repeated again with their departure, back to their Arctic breeding grounds in the spring when the last few rise, with rattling pinions, and wheel away into the north. Autumn or spring, I never tire of their unrestrained dissonance, which surrounds us during the winter months when tens of thousands of grey geese gather on the Beauly Firth. Scarcely a day goes by without a skein or two passing over, or when we go east to the Black Isle, the moist coastal fields are always cluttered with their corn-gleaning and grass-plucking flocks.

It seems that naturalists (and perhaps not just naturalists) need these sounds to help us locate our passions, to ground us in the beliefs we hold about the natural world and to link us with our origins.

My old friend Brian Jackman, the celebrated wildlife journalist, who has enjoyed a forty-year love affair with East Africa, tells me it is the night roaring of lions as he lies awake in his tent on the Masai Mara that does it for him.

For Lennart Arvidsson, the half-Lapp-half-Finnish doyen of the Arctic forests, who first showed me wild lynx tracks in the Sarek snows, it is the long-drawn howls of timber wolves, rising and falling on a moonlit night.

Dame Jane Goodall insists it is still, after nearly half a century since they catapaulted her to world fame, the hoots and pants of a troop of chimpanzees deep in the forest that sets her blood tingling.

Television wildlife cameraman John Aitchison recounts that, for all his globetrotting, it is the calls of waders – greenshank, curlew and redshank especially – on the Scottish salt marshes of his Argyllshire home in the crisp air of a morning in early spring that raises the hairs on his neck.

And Roy Dennis, my ornithologist (and brilliant all-round naturalist) colleague and friend of more than forty years, once told me that the combined fluting calls of tens of thousands of common cranes assembling on the wetland steppe of Hortobágy-Halastó in Hungary was a moment of pure transfiguration for him.

My geese and the shiver pass together. It is autumn, late autumn, and the winter is no longer imperceptibly snapping at our heels. Its clawing fingers have finally gripped. I know there will be a piercing frost tonight. ...

As I return to the house I see wood smoke pluming from a chimney. Lucy has lit the sitting-room fire, a sight that brings an inner glow and a smile to my tingling face. As the darkness closes in I shall repair to my old armchair with a book. The Jack Russells will yawn and sigh as they stretch themselves across the hearth rug at my feet. Winter brings blessings of its own.