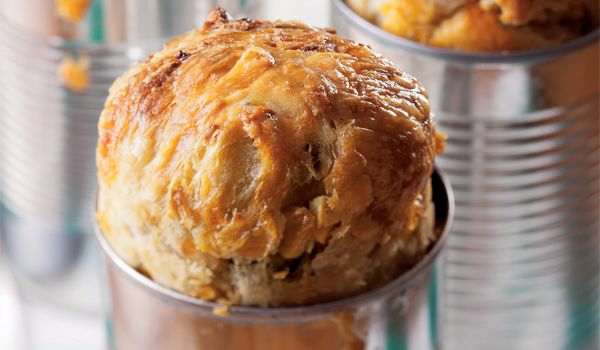 What can be more delicious, soft and appetising than young corn on the cob, properly done, creamy-white or golden-yellow, each pip as round and fat as if it were chiselled on the cob? And what genuinely Afrikaans dish can compete with a Transvaal tannie’s mielie bread? Anyone who has eaten either, or both, will savour the experience.

Should one cook mielies with or without the inside leaves? The Americans always cook them with the inside leaves, which are removed along with the beard once the mielies are done. Our way, which I happen to prefer, is to peel off the leaves, rid the mielies of every strand of beard, immerse them in boiling water for a few minutes, then cook them slowly with some salt in the water.

Maria sees to it that they do not cook for too long. It is difficult to know exactly when to stop. Cooking them for too long removes the juiciness from the pips – they are then no longer nice and round, but develop sides, and the one no longer huddles shoulder to shoulder with the other as it should, but ‘leans’ somewhat, as if shy to maintain its place in the row. I freely admit that I have not yet mastered the art of cooking mielies perfectly, as every Ayah appears to have done, which is why I appreciate them all the more when I come across them on the farm in the mielie season, especially when they are nice, old-fashioned ‘bread mielies’.

Leave them to dry in a colander as soon as they are done, without letting them cool off, and serve them with – well, with nothing at all. A good green mielie can stand on its own legs, or – one might say – pips. If there’s butter on the table, those who wish to spread it on their mielies may do so. But please do not serve your mielies with molten butter in a little side-dish. And in heaven’s name, no affected ‘mielie sauce’ (as I have encountered here and there) of butter, nutmeg and egg yolk. That would be an insult and an affront. The taste of a well-cooked green mielie is far too delicate and fine to be blended with any other flavour or taste.

Take no wine with your mielie, for precisely the same reason. Reach for your glass only after you’ve properly despatched your mielie.

And, of course, a mielie must be eaten on the cob. To remove the pips and polish them off with a spoon or a fork – well, that’s about as abominable as serving a mielie with nutmeg and a sour sauce.